San Bernardino is rated as one of the top poorest cities in the United States! 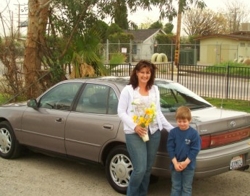 Due to the immigration of poor families flowing into the greater San Bernardino area looking for cheaper housing and jobs the effect on the economy on our local communities is negatively impacted.  A large percentage of local families who are living in extreme poverty struggle just to put food on their tables and pay the rent.

Do you realize that?

Thank you for your support!

Volunteer from Home
Volunteer on Site

How do families apply?
Family Qualifications

Our Partners
Become a Partner